Hello!
Now before yis start, I know, the Mongols, but after doing the first unit I hit a bit of a wall with regard to the heavy cavalry and colours, so rather than just sit and mull it over, and waste painting time, I went for a root around to see if anything caught my eye. And I found these lads in a box. 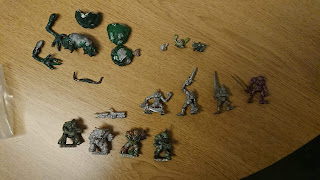 Now I've loads of other stuff I should be doing, but I also needed to kick start my enthusiasm again, so I set aside a couple of evenings this week, and here's the results: 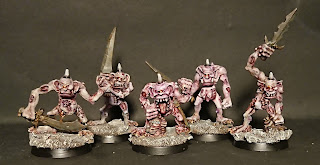 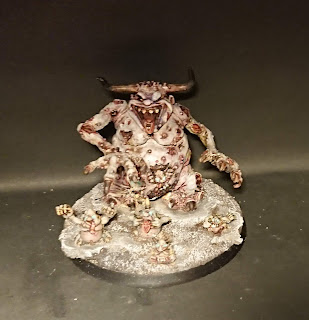 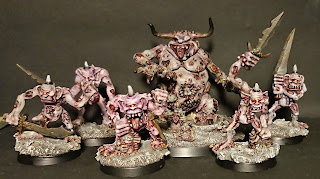 The more attentive among you may have noticed there's plague marines in the top photo, but none painted yet, that's cos I'm saving them for a bit later, I've loads of other stuff that's higher priority so I don't want to bog down on these just yet until I've fulfilled my other duties but they have been a great mojo booster and that's what's important  right?

Anyway, that's enough outta me for now, as always thanks for looking and I'll catch you all again in the hopefully near future!
Posted by Rochie at 15:05