So it's been a bit quiet again, and truth be told the past few weeks have seen a massive downturn in my productivity. I'm still plugging away at those skaven for the OWAC, but I've also got to get my arse in gear and get painting for other people too. Despite the best efforts of myself and some good mates, I just couldn't seem to get into anything long enough to get a run at it.

Then this happened. Go on, go read it, I'm glad to wait.
During a conversation with the rest of the Combat Burgers, four of us had a mind to mix up the painting a bit and have a go at a titan each, and here's the results of my end of the deal! 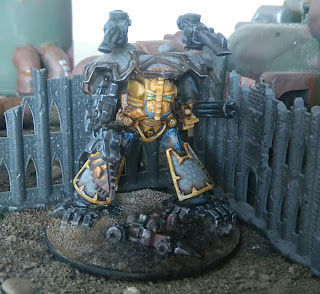 Went for the War Griffons in the end, it's probably my favourite titan scheme, but it's also a bit of a bollocks to pull off 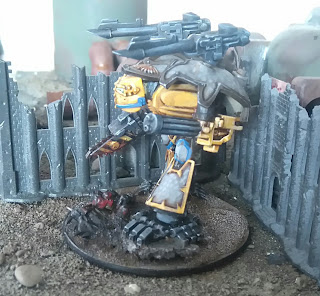 But I sat down yesterday afternoon and got stuck in, and by midnight this beefy bastard was ready for war 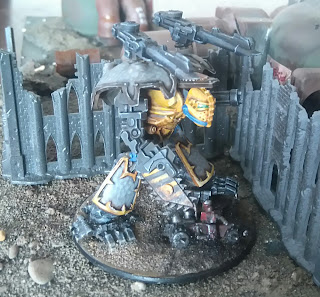 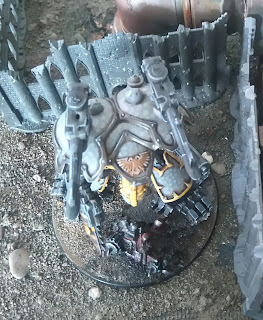 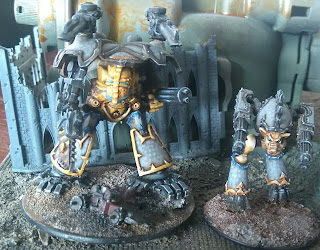 With a little brother that I'd painted during the productive times I used to have.

Anyway, I'll leave it at that for now, back to trying to get these skaven sorted (amongst others) there'll hopefully be another couple of Titans from the Combat Burger stable, but I'm not going to name names just in case they pussy out 😉