How do fuckers, hope all is well! Still battling the yearly hayfever offensive, but I've managed to soldier on and add the first set of followers to Mr. Cohaagens little gang. Seven humans are now ready to help spread the word of the Father throughout the empire and beyond
While many of Fakkhavens original inhabitants have not survived, either from the pestilential presence of Father Wormtastes carnival or Cohaagens fanatical zeal, the village still has quite a substantial population for its size. Some of the original inhabitants immediately took to the worship of chaos, people like "Old Yurt", the village rat catcher, whose deformities made him a subject of cruel ridicule from the rest of Fakkhaven now finds unconditional love and acceptance in the new order of things. Brigands from the woods, once driven off with bow fire and halberd, now dwell in the shacks left abandoned in the culls, most are unconcerned entirely with the horrors that walk among them, happy to coexist as long as their business isn't pried into. Indeed, some have made a business of the occupation, and teams of thugs armed with clubs and mancatchers have begun to waylay travelers on the woodland tracks, dragging them back to Fakkhaven to "participate" in the vile festivities. For this they are richly rewarded, both in coin and favour in the eyes of Wormtaste, whose generous rewards are starting to manifest themselves amongst them. However, , the spike in disappearances in the area is starting to draw attention from the local patrols and it's only a matter of time before there will be a reckoning, at which time the rabble of Fakkhaven are ready and willing to stand with Cohaagen in defence of the village. 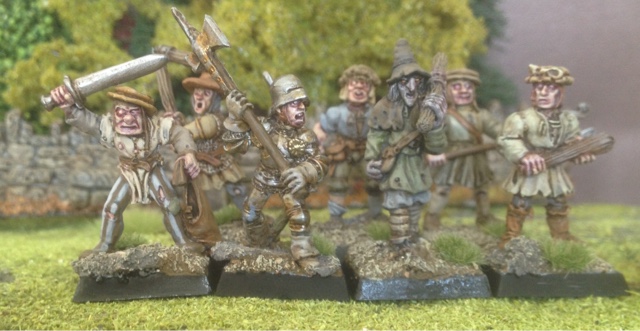 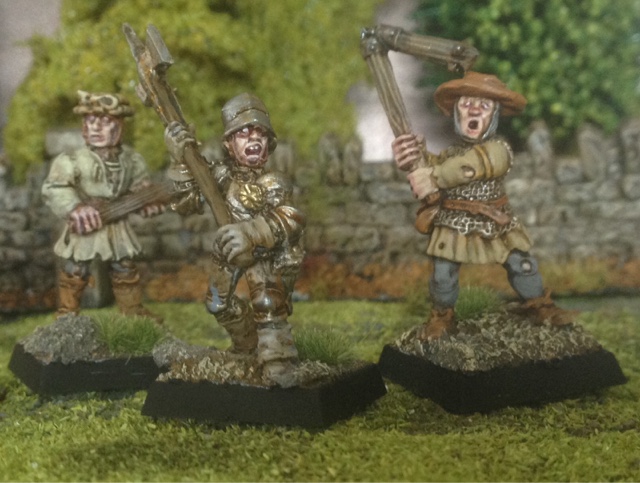 The foul heart of Fakkhaven:

Thanks for looking folks, be sure to check out The Work of Shaitan for Neds next entry (which is gonna be a cracker), and then tune back in here as I go back to space to start in a band of reavers to follow The Gentle!
Rochie at 05:09
Share